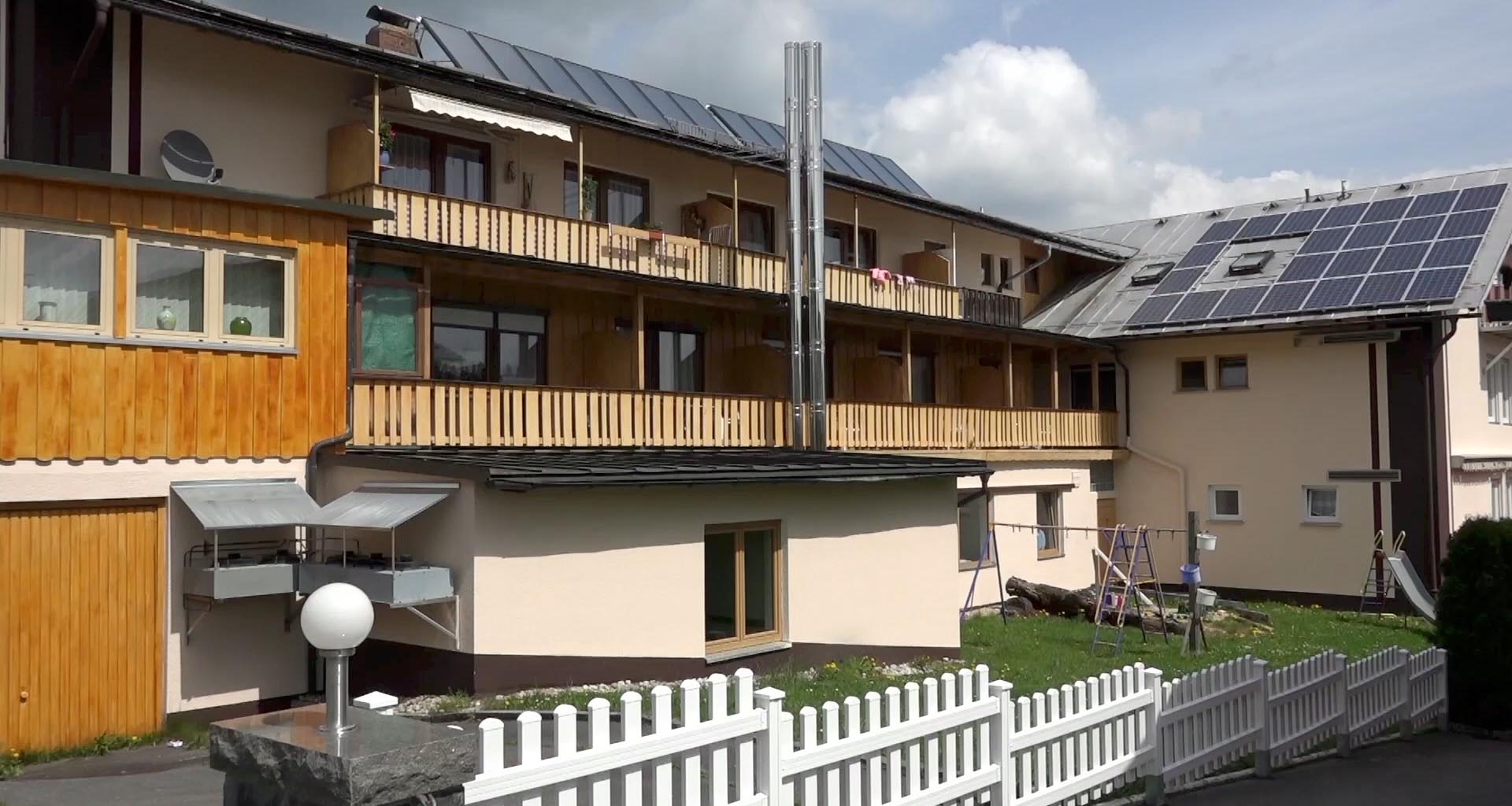 Bakery with café, own apartment and guest rooms: TheWürzbauer family in Spiegelau in southern Germanyalways has a high energy demand. With a combination of an E3/DC home power station, photovoltaics and a heat-guided CHP unit, the family business is largely self-supply. A self-sufficiency of 85 % in the electricity sector is the result of a well thought-out concept.

In the Bavarian Forest, not far from Passau, the communityof Spiegelau is part of a region with goodinfrastructureand sustainable tourism. The brothers Karl-Heinz and Werner Simmet, who jointly manage Solar-Pur AG, are convinced that the independent and CO2-free energy supply is a perfect match. The company has accompanied the development of solar technology for many years and implements numerous projects with photovoltaics, home power stations and e-mobility.

In the case of the sector coupling of electricity andheat, some customers are already very far advancedwith their ideas. Klaus Würzbauer, who runs a bakery with a café and pension adjacent to his own house in Spiegelau, is such a person. In the family business, the focus was early on the energy revolution with photovoltaics, initially with a pure feed-in system. The family therefore invested in a combined heat and power plant, expanded the solar output on its own roofs and had an E3/DC home power station installed for storage and energy management.

Klaus Würzbauer had long since realized why own generation and direct consumption of solar power would be worthful for his company: On the one hand, he has large consumers in the bakery who demand a high output over a long period of time, on the other hand, the café operation and the hotel guests ensure a relatively high basic load throughout the day as well into the evening. The energy-intensive trade, reports Würzbauer, has awakened the desire for independence and calculable energy costs for the future. The consequence was the new self-supply system with an output of almost 10 kWp. It supplies the building with energy in interaction with the CHP unit – the E3/DC home power station is responsible for controlling all energy flows in the system.

For Karl-Heinz Simmet this is a „perfect symbiosis“: In the snowy winter of this region, solar power is not quite insignificant but relatively low. Because the CHP plant provides the necessary heat, there is usually also enough electricity available. Of course, the system is connected as an AC power source to the home power station, which thus becomes an energy manager and not just a solar power storage system. „With the spring the Photovoltaic comes then in addition and fills likewise the electricity accumulator – an outstanding combination!“

Electricity costs at the level of a single-family home

The Würzbauer family achieves a remarkable 85 % self-sufficiency in their business, according to the annual evaluation for 2017 from the E3/DC portal. PV and CHP unit generated a total of 41,000 kWh in the reference year, compared to 37,000 kWh for the bakery, café and pension. The degree of self-sufficiency achieved means that only 5,500 kWh had to be drawn from the grid.

The electricity costs have thus been drastically reduced, reports Klaus Würzbauer: as a pure grid customer he had to pay around 1,000 € per month in the past. As a self-supplier he gets 135 € per month, and that does not include the income from the solar power feed-in yet. The result also makes Karl-Heinz Simmet a little proud: „It‘s hard to believe what you can achieve by dealing with modern technologies“. Can you achieve even more? There is still some potential in the degree of self-sufficiency and in the energy cost balance – because as long as regular surplus electricity has to be fed in and the grid connection remains unavoidable, everything points to additional storage capacity for the home power station. This is the next possible step for Klaus Würzbauer – and the idea is already maturing!