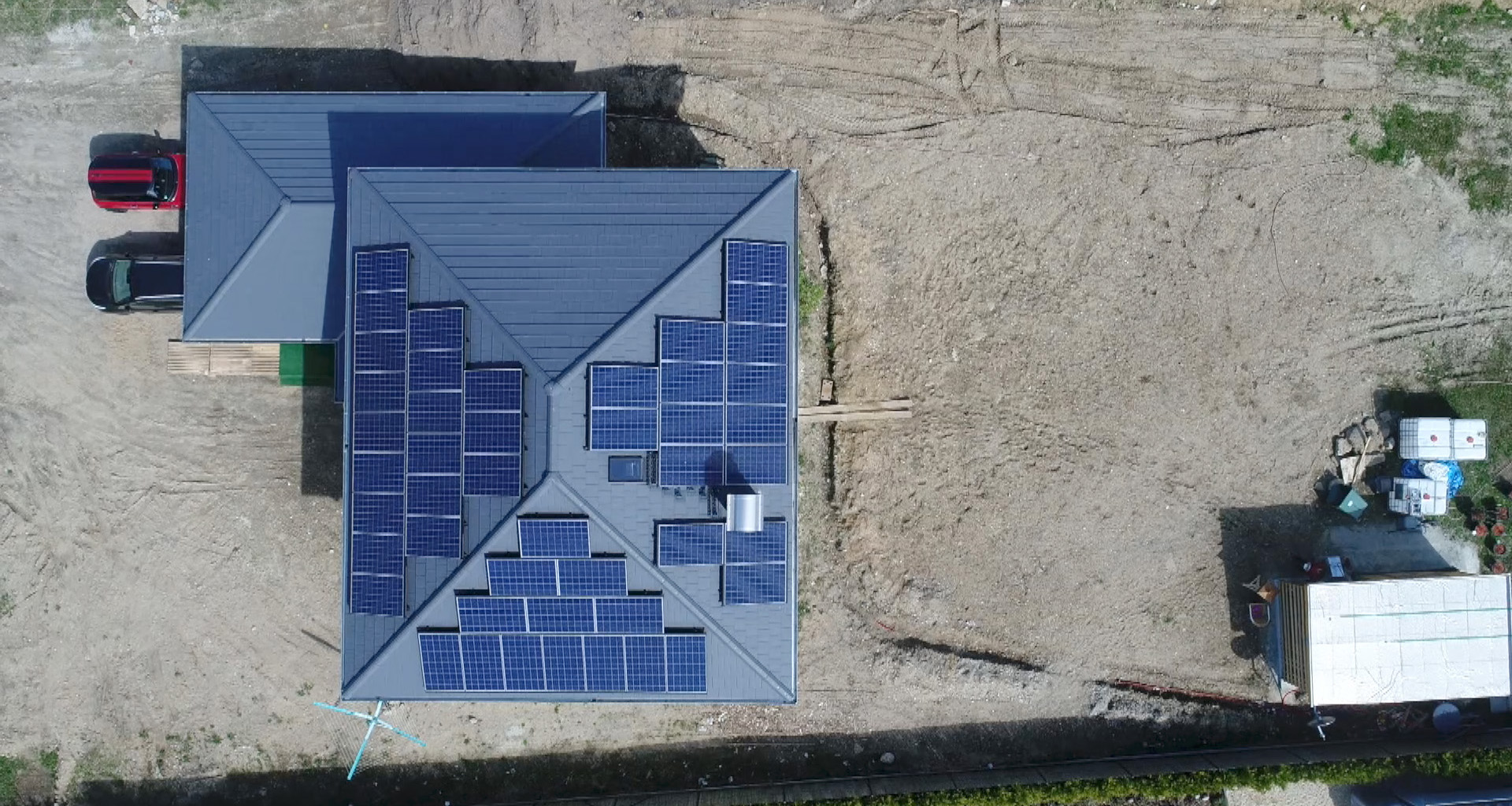 Building a home is always a big step for young families. If the house is also to be exemplary in terms of energy efficiency and low operating costs, this step requires a lot of thoughts and a little bit of courage. With a heat pump and the E3/DC house power plant, it will safely lead to the goal, as an example from Frankfurt/Oder shows.

In 2017, Katja and Marco Frommholz began building their new house. The family had decided in advance that photovoltaics should be installed on the roof from the outset in order to support environmentally friend¬ly heating by means of a heat pump with its own ener¬gy. The goal: comfortable warmth with low operating costs for the three-person household with 220 square meters of living space.

Including heat pump operation, an annual energy requirement of 9,900 kWh was forecast for the family – a starting position that is virtually ideal for solar self-generation due to the controllable load of the heat pump. The fact that with the roof form with four almost equally large triangular surfaces no large and south aligned plant was possible, did not disturb the owners much. In order to be able to use solar energy as intensively as possible throughout the day, three sides of the roof were consequently covered with modules, only the north-facing surface remained empty. „We wanted as much power as possible,“ stresses Marco Frommholz.

The tapered surfaces, however, did not only neces¬sitate module strings of different lengths. The three module fields had to be connected together to an in¬verter, and partial shading was added on the east side. For this reason, the modules are equipped with power optimizers that get the best possible solar yield from this system design.

But the output – 12.42 kWp were installed in total – also needs to be used intelligently. This is why E3/DC‘s home power station has a key function in the family‘s concept: it controls electricity production and the operation of the heat pump, distributes comfort elec¬tricity in the household and stores energy that cannot be consumed directly with a capacity of 6.9 kWh. This means that the feed into the grid only comes at the last position.

The entire system was designed by Steffen Taft, Managing Director of Solarzentrum Neuhardenberg GmbH. His task: To install as much PV power as possible in order to achieve the highest possible degree of self-sufficiency for the family via heat pump and storage system. Even in the cold of March 2018, PV covered around 40 % of demand. In the course of the year, a degree of self-sufficiency of 60 % and a share of own consumption of 67 % are forecast. Electricity generation exceeds demand in the balance sheet – this point also contributes to profitability: according to Steffen Taft‘s calculation, the plant has amortized after 15 years.

For Katja Frommholz, „self-sufficiency“ was initially just an abstract term, which she encountered again and again during the planning phase: „I only really became aware of self-sufficiency when we started living here“. Because the house power station shows at any time to what extent the house is self-sufficient via its display and an app. It is not uncommon for it to be 100 % if the entire electricity requirement can be supplied directly or via the solar storage tank when the weather is fine. This means that the power supply from the grid and the concern about high electricity prices clearly fade into the background. A prime example of sector coupling